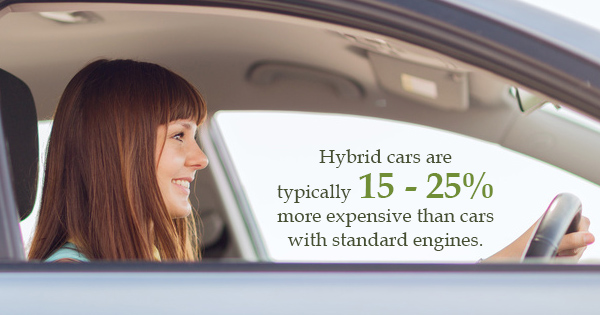 If you’re in the market for a new car in 2015, then it’s time to finally consider upgrading to a hybrid. Sure, gas prices have been incredibly low over the past year, but we all know it was just a temporary reprieve. In fact, experts are surprised gas prices have stayed this low for so long. Still other experts say that it’s only a matter of time until gas prices continue their inevitable rise, at which point they will continue to rise, then rise again, then rise some more, until we’re basically living in the Mad Max apocalyptic wasteland fighting over the last few oil drums left on the highways of Valhalla…

But in the meantime, you really should consider investing in a hybrid car. Hybrid cars will save you money at the pump every time you fill up your tank. Yes, hybrid cars are typically 15 to 25% more expensive than cars with standard engines, but hybrid drivers make up that cost several times over at the pump. And because hybrid vehicles are about 20 to 35% more fuel efficient than other vehicles, they produce 20 to 35% less emissions.

Now, when most people hear the word “hybrid,” they picture a Toyota Prius. When it comes to the hybrid car-branding battle, Toyota has undoubtedly secured a massive victory for their flagship green car. Even so, rival automakers have improved their hybrid offerings by leaps and bounds as the market for green cars improves year after year.

So how does the 2015 Honda Accord fare against the 2015 Toyota Prius? How good is the Honda hybrid fuel economy compared to the Prius? Let’s go to the numbers:

The 2015 Toyota Prius
The Toyota definitely has some advantages over the Accord, beating out the Honda hybrid fuel economy. By the numbers:

Ok, so what car has the highest mpg? When you compare the 2015 Honda Accord vs. 2015 Toyota Prius, the Honda hybrid fuel economy loses. You’ll also find lower prices at your local Toyota dealership, and Honda hasn’t produced nearly as many 2015 Accords this year. However, the Prius has earned extremely harsh reviews for its clunky handling, and reviewers say the Accord offers a much smoother ride with more power under the hood.

Plus, the 2015 Honda Accord safety ratings were better than the Prius. If you’re going to be driving around with kids, then you should definitely weigh the higher safety ratings against the slightly lower Honda hybrid fuel economy.